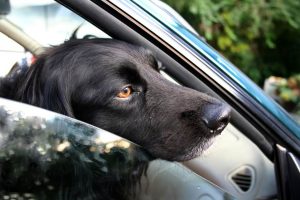 A RECENT case has highlighted the dangers of leaving your pet in a vehicle and it could result in the owner being jailed. The Canine Unit of the Local Police in Alicante have denounced a person for an alleged crime of animal abuse for leaving their dog locked in a vehicle in temperatures above 36 degrees for some time. Concerned local residents alerted the police of the presence of the dog in a car in a car park which was showing signs of distress and severe discomfort. Police immediately arrived at the scene and seeing the dog was on the brink of suffocation broke the rear window of the vehicle to gain access and successfully rescued the animal. Legal proceedings have now been opened and a formal complaint filed against the owner who is charged with a crime of animal abuse. The dog is now safe and well and a campaign has started to find it a foster family to care for it. In addition, the officers who broke into the vehicle discovered it did not have a valid ITV so the car was seized and removed with a tow truck. The owner also faces separate charges for vehicle offences. As the summer heat continues, police remind all pet owners again about the dangers of leaving animals inside cars where temperatures inside can quickly increase putting the animal’s life at risk. In endangering the life of an animal, the offence can carry a prison sentence as well as fines. If anyone sees an animal left inside a vehicle they are urged to call the police and emergency services straight away.